After a long night of packing to the buzzers and laughter of Family Feud,  we headed to Newark Thursday morning prepared for our journey. When I write prepared I mean Martin was prepared, having come up with a system to defeat jet lag by sleeping only the first half of the longest part of our trip--the twelve and a half hour flight between Toronto and Tokyo. No! He insisted, as my eyes began to close while on NJ Transit to Newark Airport, We have to calibrate ourselves, remember? Fine, I replied, blearily forcing my eyelids back up. If I were a vengeful person I would have woken him up when he passed out immediately on the first flight from New York to Toronto, but I am not a vengeful person. Instead, I happily took his cue to sleep as much as I wanted, and was barely conscious until landing in Tokyo. The one thing I remember from the flight was trying to swallow a rice porridge served to me for breakfast, complete with little bits of chicken floating in a grey mush. This meal announced the theme of interesting breakfasts in Japan, which can range from cold noodles to hot soup, along with a generous helping of seaweed. 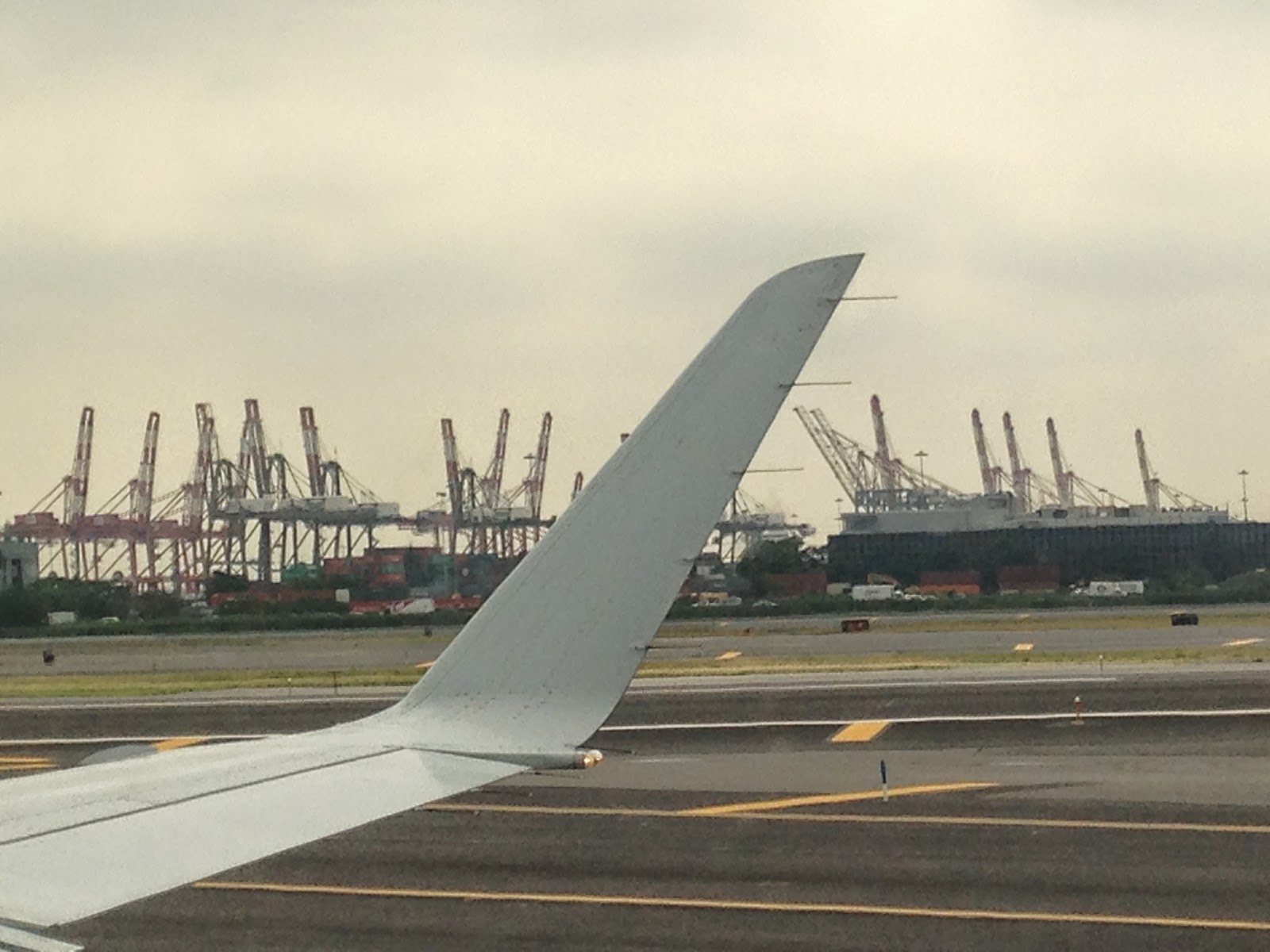 Herds of cranes at Newark


We only had a twenty minutes to ourselves in Tokyo before boarding our connecting flight to Osaka, and twenty minutes was all it took for us to realize that we were in a different world. We couldn't read the signs, we had no idea what anyone was saying, and we certainly had difficulty finding food that we were sure wasn't sea urchin. As we ate our salmon rice balls by our gate, I realized that Japan has a very clear working-man uniform--black pants and a white shirt with sleeves that end at the elbows. The effect is slightly off-putting. Feeling like this sentiment must be vaguely racist, I tried to remember what Grand Central looks like, or Wall Street. Men in suits, button down shirts, and ties might all wear the same thing, but the more I looked at these Japanese men the more I realized the amount of value Americans place on individualizing themselves. 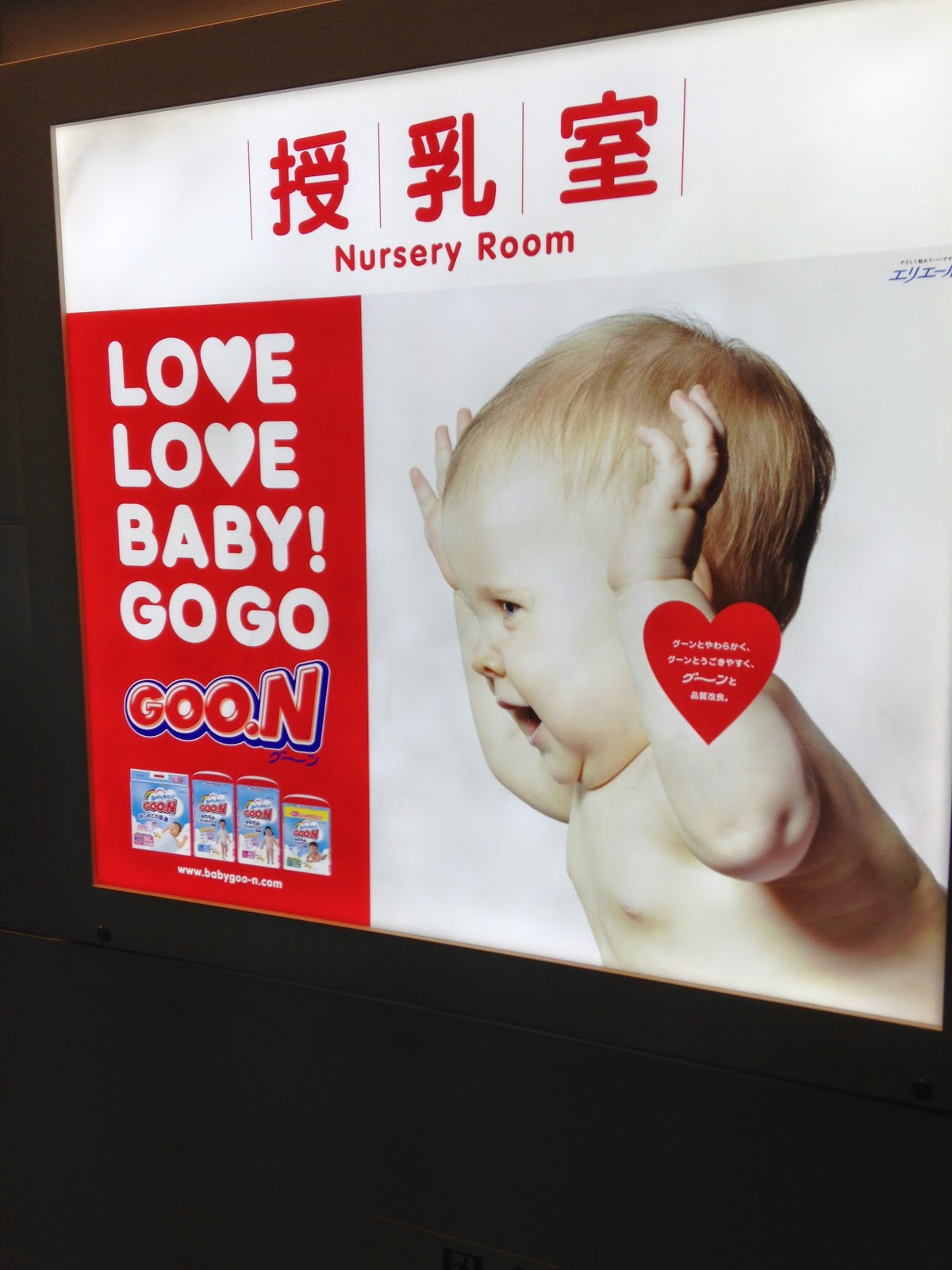 Goon picture for Claudia and Maman

We took a bus from Osaka Itami Airport to Kyoto Station, pleased to see several 7-11s on the way, as though discovering small US embassies placed there just for us. As for Kyoto Station, I could easily write a novel about it. I won't, because the experience was overwhelming.  Let's just give you an idea by saying that it has twelve stories, the top two are devoted to food, and were playing a high pitched music that made me completely insane. Forsaking these recommended floors, we rolled our luggage down eleven escalators back to the first floor, through the mall that occupies the intermediary floors. At each floor, two salespeople bowed at us just for passing by. We nodded back, smiling, thinking that they must get exhausted from doing that. I wondered how they knew to bow at the same time. Did one make a signal to the other? Was it when we passed an agreed-upon spot? I was tired and hungry enough to be wondering these things, so we grabbed food at a conveyor belt sushi restaurant at Kyoto Station, The food was good and pretty cheap. Martin introduced me to some kind of egg roll, which is a kind of sweet omelette tied to sticky rice with seaweed and is surprisingly delicious. 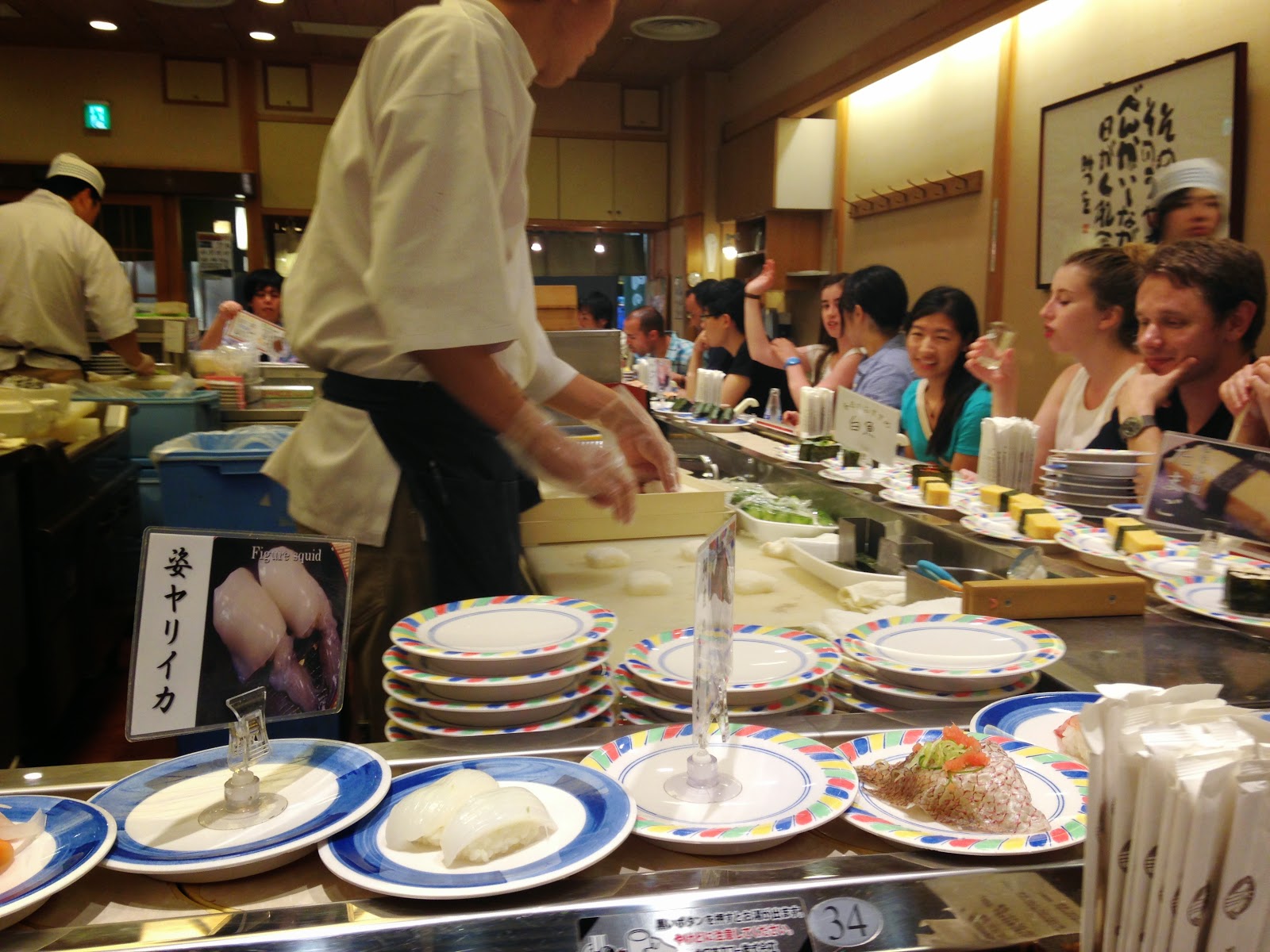 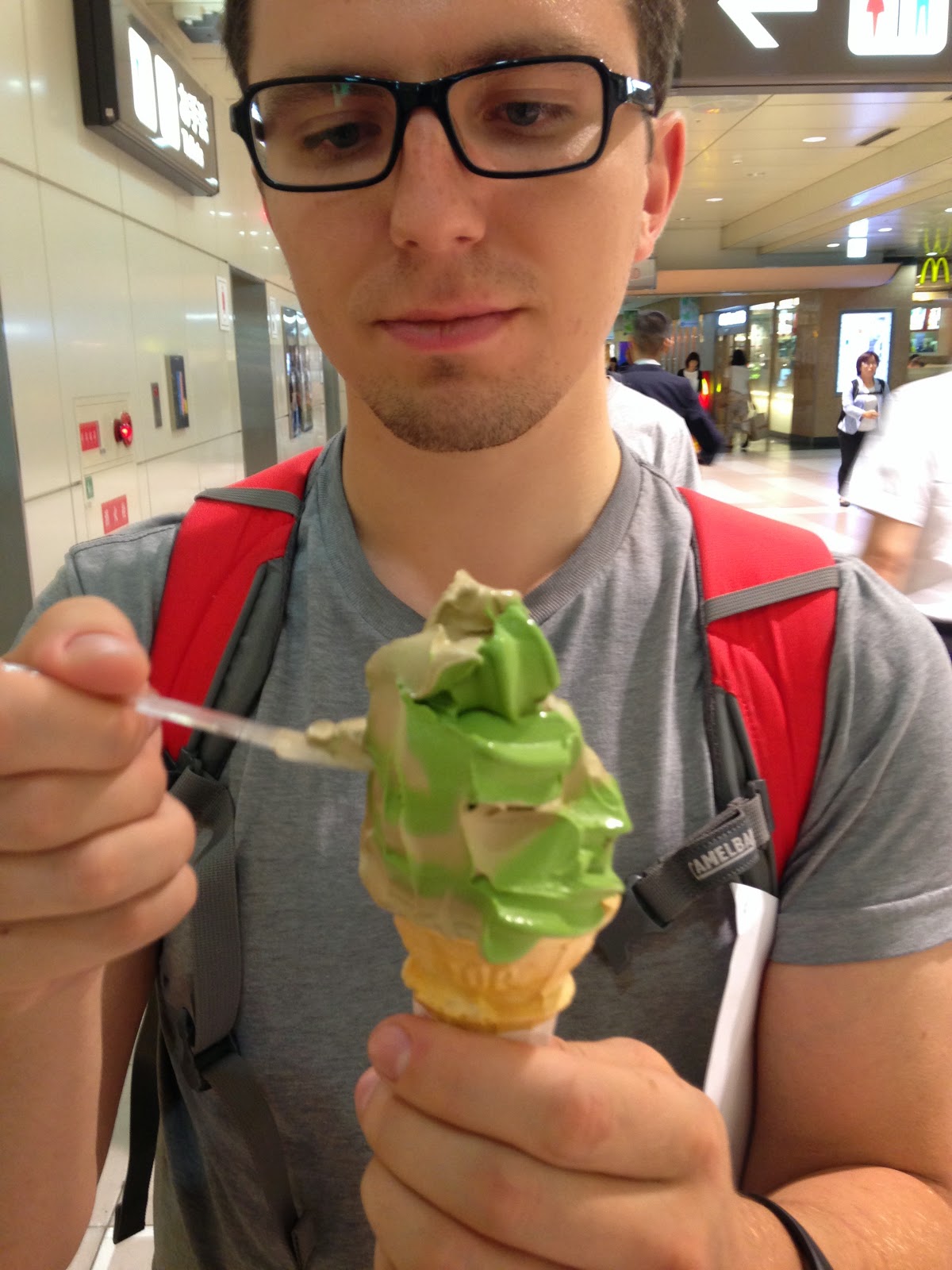 Completely exhausted, we headed to the subway. Again, we were reminded that we were the foreigners here. After several minutes of staring at a ticket machine we had no hope of ever understanding, we asked two schoolgirls for help purchasing two tickets to Shijo. Giggling, they helped us, embarrassed by their English and running off as soon as we had the tickets in our hands. The train came immediately and we headed to our Airbnb room in a woman named Ryoko's apartment. She greeted us warmly and showed us our room, just big enough for a queen sized bed. But there was no queen sized bed in sight--instead, she showed us how to use futons on the tatami mats that stretched across the floor. At night, we pull out the futons, duvets and pillows. During the day, we fold them back up and have a space to open our suitcases, pick out clothes, etc.

We passed out, totally drained, and still not believing we were in Japan.
Posted by Sylvia at 4:47 PM